I often get white discharge sometimes sticky, in my underwear, why is this?

Our vaginas and what comes out of them baring (babies) are somewhat of a Taboo! There are varying types and colours of discharge – so lets jump straight into it!

This type of discharge is often clear and stretchy discharge  (like egg whites) is pretty normal – so relax. It is normally a sign that your body is producing more hormones than normal due to ovulation.

White discharge can also be thick, again this can be an indication that your cycle is about to start and near the end of your cycle. However, if this white discharge come with itchiness, dryness or soreness it could be indication of a medical condition such as thrush. In this case, it is important to seek medical advice from your GP and/or Pharmacist. 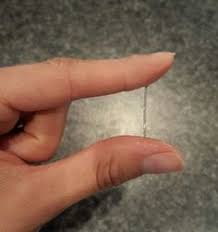 This colour can appear at different times in your cycle. If it occurs at the start of your period it can either be a sign that you are ovulating or that you are about to start your monthly cycle. Whilst near the end of your cycle, brown discharge is normally older blood leaving your body as you finish your period.

If you are experiencing this type of discharge it is important you see your doctor as these colours are indications of an infection.

Additionally, of any of these discharges regardless of colour have a dour or are occupied by itching or other uncomfortable symptoms we encourage you to seek further medical advice as well as talk to someone you trust.

To manage discharge when you are not on your period, panty liners are a good option to keep your underwear free of discharge.

Overall, vaginal discharge is normal and a great indication of your body working just fine. 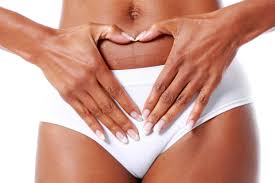 Find out what your blood is telling you.

Find out what the NHS says about discharge here.

Have a question you want answered? Please feel free to contact us

Want to support our initiative? You can do so here.

We were shocked to see these claims in the newspaper and it got us thinking….

Could this happen in the UK?

A woman in the US is suing her former employer claiming she was sacked from her job because her period leaked on their property (chair and carpet) on two occasions.

Click the link below to read the full article, the please come back and share your thoughts

US employees claimed she was fired for leaking on company chair

Such an amazing article by bridgetbnaturopathy

Vital signs are clinical measurements of essential bodily functions: your blood pressure, pulse, temperature and rate of breathing. All pretty important, right? And if you’re a woman (or a man) it may interest you to know that a woman’s menstrual cycle is now being classified as the fifth vital sign

What periods have in common with blood pressure

Can analysing your blood give you an insight to your health?

What your blood says about your health

Just like us there are women around the world fighting for the Tampon Tax to be scrapped and for free access to sanitary items for children of school age.

Click and Read the article below to see some of the work that is being done in America.

Nepal are taking steps to make periods more accepted in the community.

With the ban and financial fines in place, lets hope that this will encourage people to embrace the changes.

Although over half the population have had some experience of periods, the subject remains a secret only whispered to intended ears.

But there is a risk to not openly talking about your period experiences. Click the article below to read about some of the dangers identified.

A few weeks have passed since our first 4 workshops.

We carried out 4 sessions over two days with a delightful bunch of Year 5 & 6 girls.

We've had some time to sit and analyse the delivery and findings and we are extremely proud of the feedback we have received.

We have spent a significant amount of time polishing the presentation to make sure that the girls received the maximum in terms of education and engagement.

My favourite part has to be the open discussions. As each sessions brought new topics to the forefront, we were able to squash assumptions and myths and the information shared complimented the curriculum perfectly.

I loved it and I feel the girls did to.

Our workshops are not only about educating the girls but also offering feedback to the school, to create improvements for future pupils.

One of the sessions has brought about significant change for the school going forward and that's what we are about ….

During these sessions we also established that the teachers were filling the funding gap and personally providing (financing) sanitary items for the girls in their class.

We at Periodical Diary have made a pledge to donate some sanitary items from our sanitary donation drive on 26th July, to the school to offer some relief as there is currently no statutory funding for sanitary items in the UK.

Our workshops run for roughly an 1 hour and each session can facilitate up to 18 girls. The workshops give the pupils an opportunity to talk openly about periods in a safe environment.

Although our recent sessions were aimed at primary school girls, we are happy to tailor the information/ workshops according to your needs.

You can also support / donate to our cause, simply by clicking the link below and following the easy instructions. Donate here

If you would like to book a workshop or know of an agency or person that would be great to collaborate with, please contact us to discuss.

The months of July and August (yes we are only 5 days in!) have seen Periodical Diary further expand its reach via our successful donation drive and workshops. It has also seen us acquire further platforms to spread our message of period empowerment whilst supporting those in need.

It was therefore a pleasure to be featured in the Croydon Advertiser. Please take the time to read the article which explores our motivations and continued hopes for our initiative.

Remember you can support us here.

“They are literally using rags, women are being forced to choose between whether they will eat or if they will buy sanitary products.”

Social worker Elizabeth Folarin said she encounters women having to make this choice every day.

Shocked and appalled at the availability of sanitary products for women who come from low-income backgrounds, or who are homeless, the 32-year-old has partnered with her friend Karleen Jones, 37, to remove the stigma around periods and raise awareness of the problem.

Together, Elizabeth and Karleen have set up an online platform, Periodical Diary, that offers safe advice to women and are working with schools to educate young women and boys about menstruation.

Karleen, who lives in Pampisford Road, Purley, said: “No one is talking about periods, but everyone wants to know.”

The two women, who both work in social services, are self-funding this project and doing it in their spare time as they’re both so passionate about helping other women.

Mother-of-two Karleen said: “When you’re passionate about something, you don’t think about it being a drain on you financially or mentally.

“We want to be the number one resource for female empowerment.”

Elizabeth, from Bexley, added: “We are trying to be a support system for those who want information about periods and all the problems and complications that come with them.

“We’ve found that young girls are not getting the right sort of information that they need. We want to be able to provide this information in schools and online for women everywhere.”

Elizabeth said that while schools offer information about periods and changes in the body, this education does not go far enough in addressing the emotional and physical factors that come alongside it.

She said: “There’s a complete gap, there’s no mention of emotions or problems that can come with it.”

Both Karleen and Elizabeth said that often women and girls aren’t willing to speak openly about periods, and the potential health problems they can bring, and they are hoping to combat this.

This, they believe, stems from menstruation not being openly discussed in schools or at the family home enough.

Elizabeth said: “I am a social worker and I’ve worked with so many vulnerable women and there’s a massive shame about periods, some women don’t even have the money to buy sanitary products.

“They are literally using rags and cloths.”

Opening the dialogue, the two women are working with schools in Croydon, and across London, to educate boys and girls.

This includes workshops, talks and games and the response has been “amazing”, Karleen said.

As well as educating youngsters, they are also working to get donations of sanitary products, hand sanitiser and other feminine products to those in need.

Karleen said: “When you have to choose between buying sanitary products or food, you are going to choose to eat. For people living penny to penny it’s a real problem.”

Aiming to be the top service for advice, education and donations the two women have said they want to expand beyond London and into the rest of the UK.

Elizabeth said: “We want to work with the grass roots in schools, but also campaign politically about issues important to women, like the tampon tax.”

The month of July has been a fantastic month for Periodical Diary.

We (with your help) have been able to achieve one of the cornerstones for why we set up the initiative.

We held a donation drive for sanitary items on the  26th July 2017 simultaneously at three venues in the London Borough of Southwark:

The lead up to the event was a very busy time filled with logistic planning and social media promotion. However, on donation day a tiny voice in my head asked would anyone turn up? Will anyone bother?

I am glad to say that people did bother! People do care!

Much is said about the generosity of the British Public

and from a micro level perspective we experienced this on our Donation Drive. Combined from all three sites we received over 2,600 individual pads, over 1,200 tampons, over 200 panty liners and tens of additional items (zip lock bags/hand sanitizers/wet wipes).

Yes it took us a Long time to count them all!

Men do care about Periods

The media would have you believe that men shy away and are embarrassed by all things menstrual. However, this was not the case on the day of our drive. Over all three of our sites men enquired about the initiative, some donated items whilst other chose to donate money towards the purchasing of sanitary items.

There is a need

our conversations on the day of the drive and subsequent discussions with organisations we seek to donate to, have highlighted that there is a growing demand for these items. Moreover, it further dispels the myth that what is happening to girls in Leeds are not isolated incidents. However, it should be noted that Tesco and Scotland are attempting to redress the balance. Yet, there is still a need for initiatives like Periodical Diary to continue the fight to eliminate period poverty.

A BIG Thank You to all those who came out and supported us! All proceeds will go to a no recourse to public funds team, charities and school all connected to Periodical Diary.

Thumbs up from the Periodical Diary Team 🙂

For those who were unable to donate on the day, we will have another donation drive later in the year.

Till then you can still support us here.